Home to eerie sounding areas like Cape Disappointment, Dismal Nitch and the Graveyard of the Pacific, it’s no surprise that Washington’s Pacific County boasts a hearty helping of haunted houses… and hotels.

Even Hollywood has a taste for Peninsula haunts – a package of “Willapoint Minced Clams” can be seen at one point in “The Shining,” the hair-raising 1980 movie starring Jack Nicholson and directed by Stanley Kubrick.

Readers craving more ghost stories can check out local author Sydney Stevens, who has written two books about Peninsula hauntings. The books detail the ghosts of the Long Beach Peninsula and North Beach.

In the meantime, here are six places to search for spirits on the peninsula!

1. The Graveyard of the Pacific 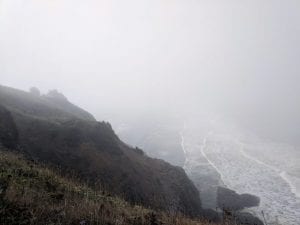 The infamous Graveyard of the Pacific stretches from Tillamook Bay in Oregon to Cape Scott Provincial Park in Vancouver Island. With powerful storms, thick fog, and strong currents, conditions can quickly become nightmarish for mariners.

Since 1792, the Columbia River Bar alone has claimed more than 2,000 vessels. These dangerous waters have swallowed hundreds of sailors throughout history. If that isn’t a recipe for forlorn spirits, we don’t know what is.

Keep an eye out for strange happenings, especially as storm season approaches.

Beginning Nov. 16, you can brush up on shipwreck history during the Columbia Pacific Heritage Museum’s exhibition, Graveyard of the Pacific: Dangerous Currents-Shifting Sands.

And if you enjoy staying up at night, catch the Ghost Adventures special on Travel Channel. This four part miniseries air Oct. 6 and features eerie locations from the Graveyard of the Pacific like… 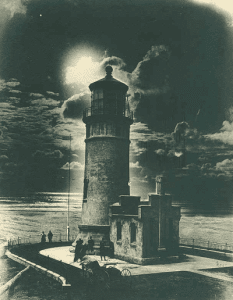 Life at North Head wasn’t easy for the lighthouse keepers and their families. The remote location meant few visitors, and they had strict schedules to ensure 24 hour coverage.

North Head also happens to be the second windiest lighthouse site in the nation, with winds recorded at 120 miles per hour.

It was enough to drive the first keeper’s wife over the cliffs. She could no longer “bear the howling winds”. Her husband retired from his position as head keeper and passed away only a year later. 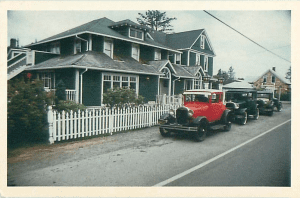 One of the county’s oldest ghosts is rumored to roam the halls of one of its oldest hotels. The Shelburne Hotel in Seaview, Wash., was established in 1896, and its resident ghost, Charles Beaver, was also its builder.

After accidentally breaking an arm, Beaver was limited physically, and much of his hotelier duties fell to his wife and daughter – a burden that troubled Beaver. His apparition has been said to walk the halls, apparently in search of something elusive.

On Oct. 26, you can head to the Shelburne for a “Spirit Gathering”. Dine and drink with Charles. They are featuring a seasonal menu as well as tarot card readings! 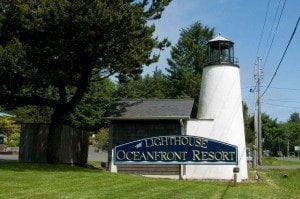 The Lighthouse Oceanfront Resort in Long Beach has at least two resident ghosts in original motel units 101 and 105.

The resort manager said the ghosts are friendly and have proven popular with visitors – some guests request the haunted rooms, hoping to meet the playful phantoms. 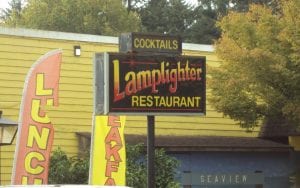 Down the road from the Shelburne Inn is Rod’s Lamplighter Restaurant and Lounge, where the ghost of a former owner named Louie has haunted the bar area.

One employee said she hasn’t seen or heard from Louie in some time, but that she’s heard of apparitions in the dining area, where the ghosts’ spirits are more often felt than seen.

Like the Shelburne Hotel, the Sou’Wester Historic Lodge and Vintage Travel Trailer RV Park in Seaview also dates back more than a century.

With so much history under its roof, owner Thandi Rosenbaum said she’s heard stories of ghosts inhabiting the property, although she’s never encountered one herself. 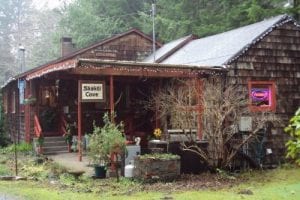 Shakti Cove’s original cottages date back to 1939 and were located on Vernon Ave. before moving to their current location in the 1950’s. Cross their big bridge, and you will immediately feel a peaceful presence. Their spirits aren’t there to spook!

One guest reported feeling their cottage shaking in the middle of the night and saw a herd of elk spirits going through the property. A retired nun said that their resident wildlife communicated with her. Other strange happenings at Shakti Cove include lights turning on in empty cottages and a TV that turns on by itself.

Most guests say they feel a healing presence when they arrive and escape to Shakti Cove to meditate and enjoy some peace. 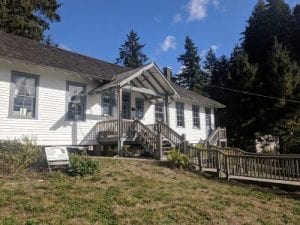 Known as the Columbia River’s “Ellis Island”, Knappton Cove is a historic USPHS quarantine station with layers of history dating back to the Chinook people. With so much history, it’s little surprise that a few visitors have reported strange happenings.

A clairvoyant said she saw a woman in period clothing wandering the shore. A delivery driver passed by and swore he saw a “firy thing” on the beach.

The director and self proclaimed skeptic, Nancy Bell Anderson, hasn’t seen anything like that, but she did get a visit from some paranormal investigators. During their visit, they placed a cup of coffee in one of the quarantine rooms and then stepped outside to do some recordings.

When Nancy went back inside with her daughter, there was noticeably less coffee in the cup. As for the recording? It sounded a lot like someone saying, “Coffee, coffee…”